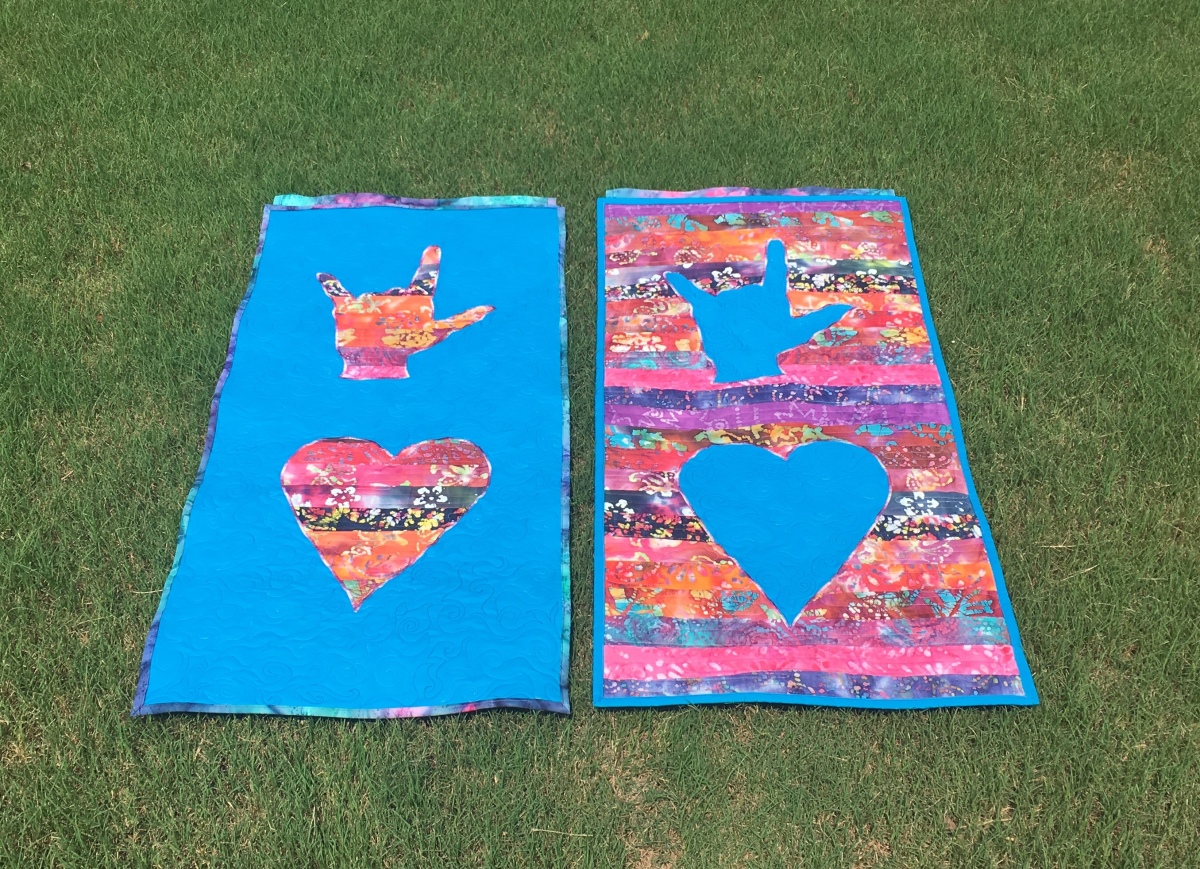 I found some batik strips one evening as I was going through a tote of fabric and decided to see what I could make. I thought about what I could do and then settled on the idea of sign language. I sketched an “I love you” sign and heart. From there, I was able to make a matching set of wall quilts.

I believe these have been claimed, but I’ll update this post if I’m wrong.
I’m very happy with how these have come out, and I’m loving the sign language idea and will probably make another set at some point.

A while back my aunt commissioned a quilt, and I’ve been working on it in between t-shirt quilts. Funny enough, everyone staying home has led to a lot of people getting around to overdue projects – including getting their shirts made into t-shirt quilts. So for me, the pandemic led to a slight increase in commissions.

As of this morning, I was able to finish the top. I still need to buy the backing this afternoon. It’s mostly red and white fabric, so that rightfully terrifies me as red fabric is notorious for bleeding dye. All the fabrics have been pre-washed, but I’m still somewhat holding my breath. I’ll be using the some of the Retayne dye-set to help ensure no surprises from the red fabric.

The challenge with this quilt was translating the pattern from a single image from the show When Calls the Heart. It’s a Hallmark show, and the quilt comes up in season 5. I’m honestly really surprised the quilting community hasn’t already jumped on this. From what I can tell, it’s applique hearts, lap-sized, and a tie quilt. For longevity purposes, I’ll be quilting it closely instead of tying it. The original image shows 12 blocks that look to be about 15″x 15″ with a 2″ sashing around each. To make this quilt into a king size, I kept the original block size but made the sashing 3″. I increased the amount of blocks from 12 to 25.

So all that’s left now is to get the backing and quilt it. It looks like it has fold over binding which is great because that’s my normal binding style.

Confession time: I am afraid of triangles. Specifically, I’m afraid of using triangles in quilt tops. My past experiences with them have been less than pleasant and have included prying stuck corners out of my sewing machine feed, cutting-trimming-recutting, and getting aggravated because my corners didn’t line up. It’s been a long time since I’ve even bothered to try them. I’ve done paper piecing plenty, and I had resigned myself to that being the only way a dreaded triangle will ever enter my work. However, I love a challenge and hate being defeated, especially by my own self. So I decided recently to give the half-square triangle (referred to in quilting lingo as “HST”) another go. Luckily, I stumbled upon this little tutorial. It was perfect! No cloth corners getting stuck, and the angles were assured!

After testing it out and making one lap quilt and some test squares, I decided to use one of my pre-made kits and go for it. 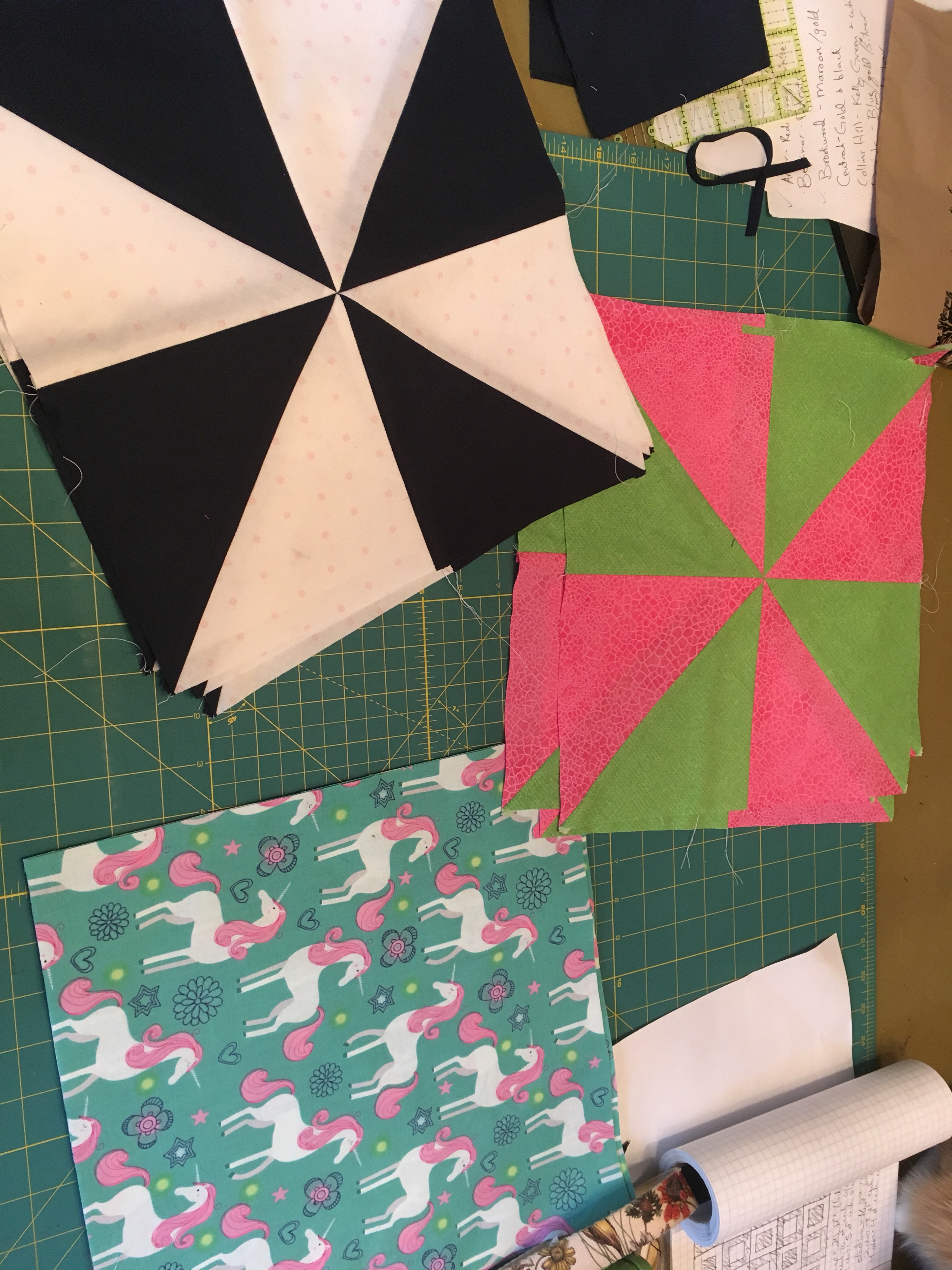 That green and gold pinwheel is so much more than just a square.  It’s a refusal to be defeated!

I found a cute unicorn fabric in the remnants bin at JoAnn’s a while back, and I thought it would be cute with some pinwheels. It was at this point I decided to make the absolute, most over-the-top girly girl lap quilt impossible could! I made pink and green pinwheels, and I used light pink sparkly fabric for the borders. 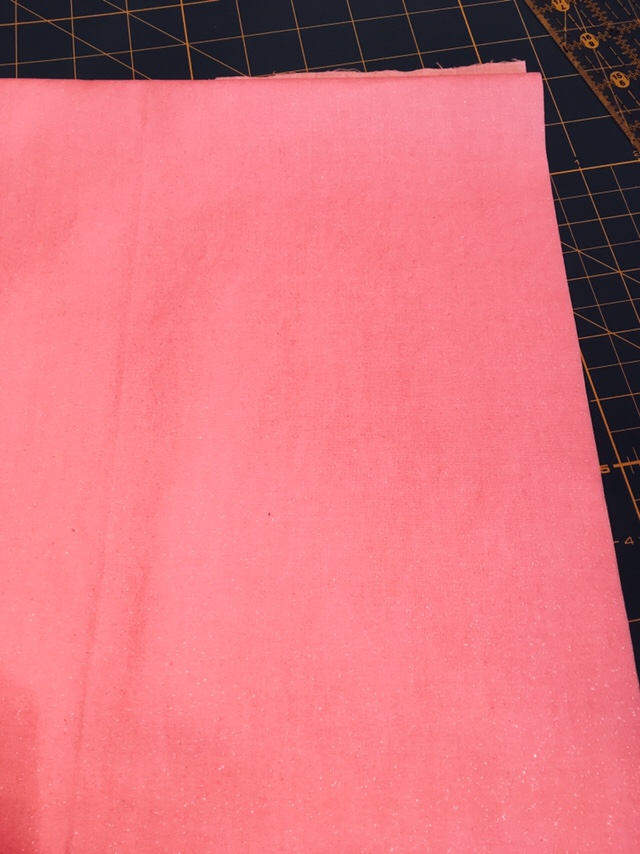 When I went to look at the fabric for backing, I thought I might find a cute flannel, but I saw something I thought was much better. I ended up picking a bright pink flannel-backed satin, and it’ll be added warmth as well as a nice, sleek feel.

For quilting, I decided to forego my default “loops and swirls” and add another layer of “girly”. I drew a meandering pattern of hearts, stars, and flowers all over. The end result was rather cute. 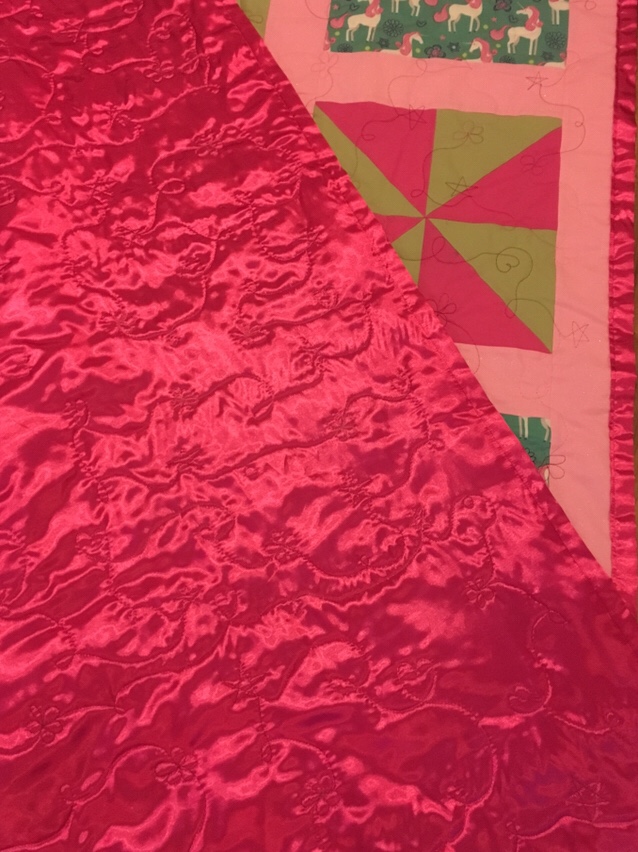 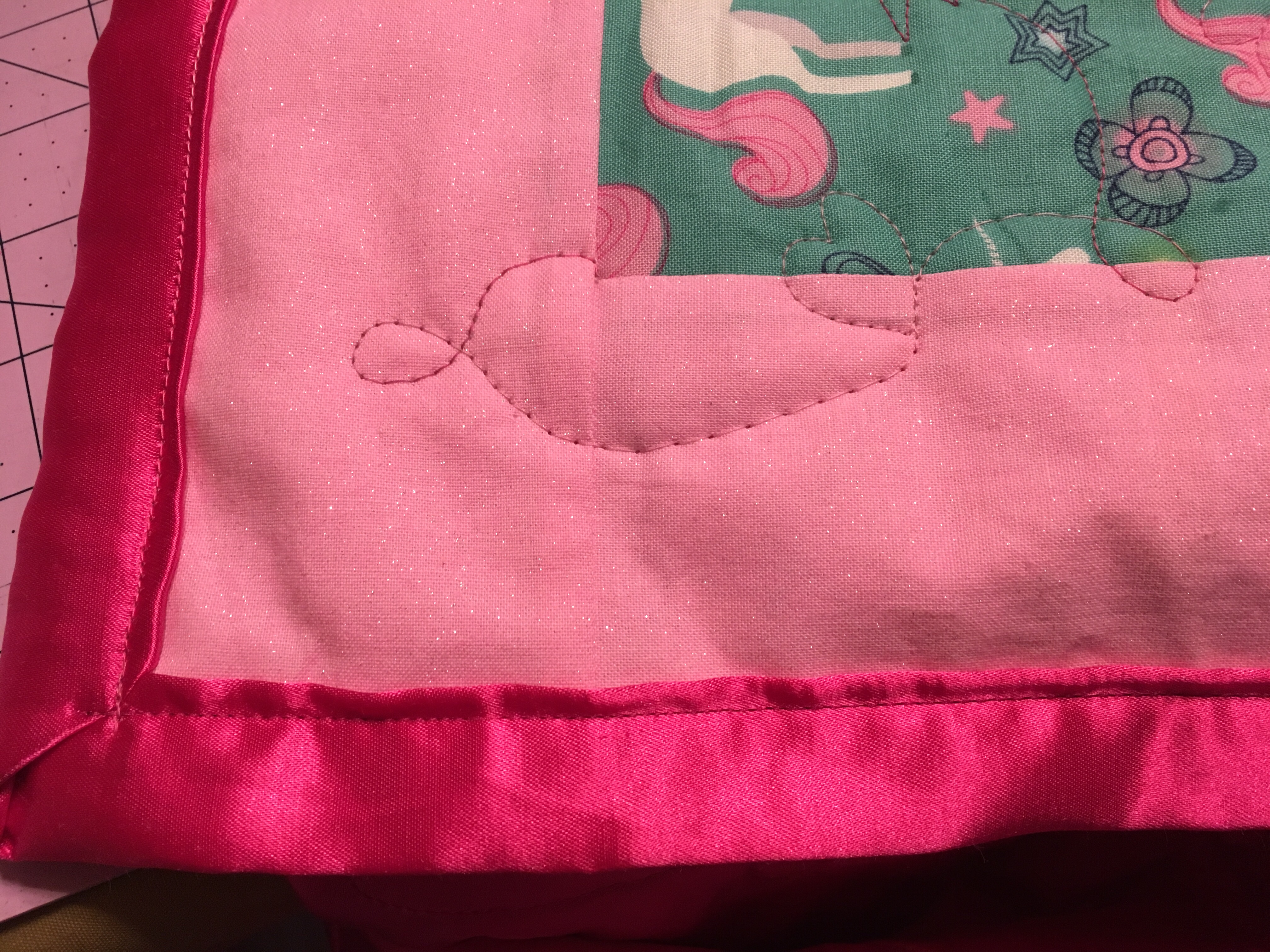