First off, I’ll confess I’m more stressed about whether to call it “Berenstein” or “Berenstain” Bears than I’d like to admit.  And no, I have no idea when it switched and why it did.  But yeah, there’s that.

It started when my kids pointed out from fabric in a bin while we were looking around at the Sewing and Quilting Expo.  They asked for a “Very Hungry Caterpillar” panel and a yard of Berenstein Bears fabric.  The caterpillar fabric ended up being a pillowcase for my son.  But I wasn’t sure what to do with the other fabric.

So it sat in a bin for about three years.

I was looking through my fabric hoard and came across it and decided that enough was enough. so I went in like I did with the Girly Asian-themed quilt and cut out pictures as best I could.

I’ll confess I’m not sure where the design for the quilt came to me, but I’m sure it’s probably a combination of several other designs I’ve examined over the years.  But I’ve never made one quite like it before.

I wanted to keep it gender neutral as best I could, and I ended up using the primary colors and green.  In fact, I used two greens due to availability.  Like usual, this one was also meant to be made from nothing but what I had on hand.

I decided to feature each little picture with a frame and then connect frames of the same color.  The staggering took more thinking than I realized, but in the end I think it worked out.

I did have to go out and purchase backing, and I had a couple of ideas.  I really liked the idea of red flannel-backed satin, but when I saw the bright blue fabric in the quilting section I changed my mind.  I did decide to use red thread for quilting, though.  And in the end I liked the result.   It’s simple but cute. 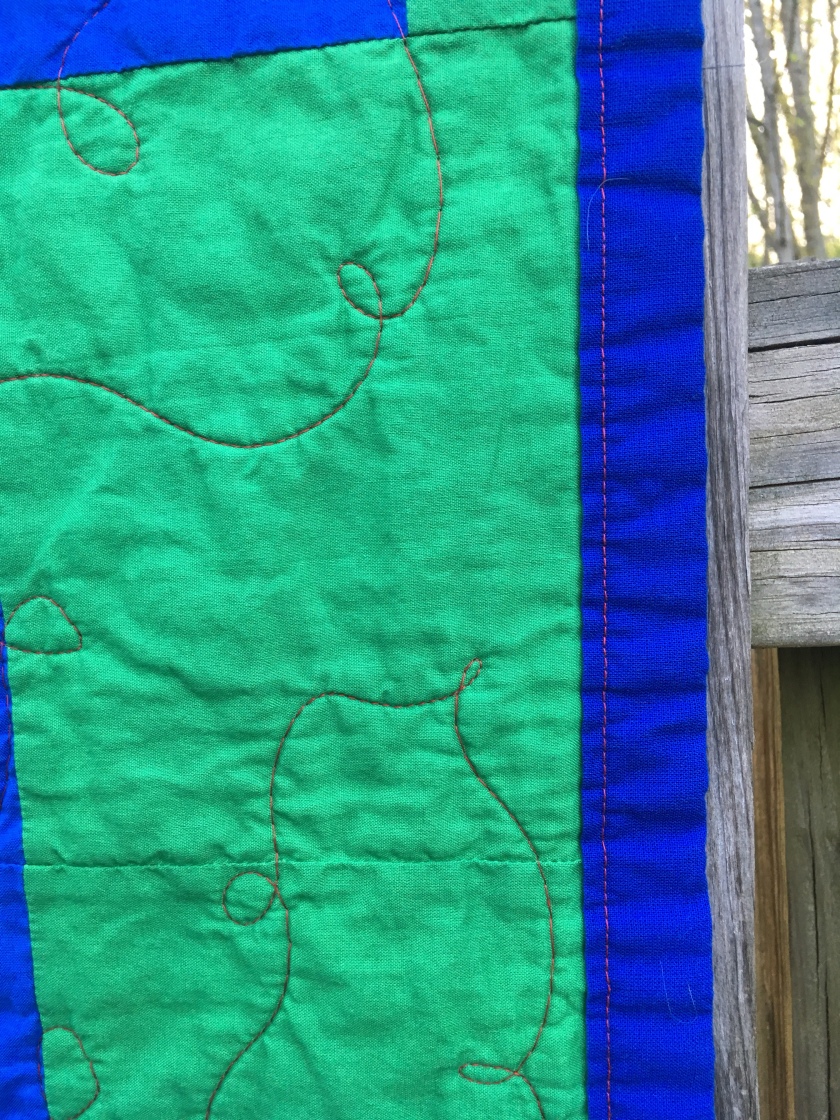 Have You Experienced the Mandela Effect?

Kindness in the form of Berenstain Bears