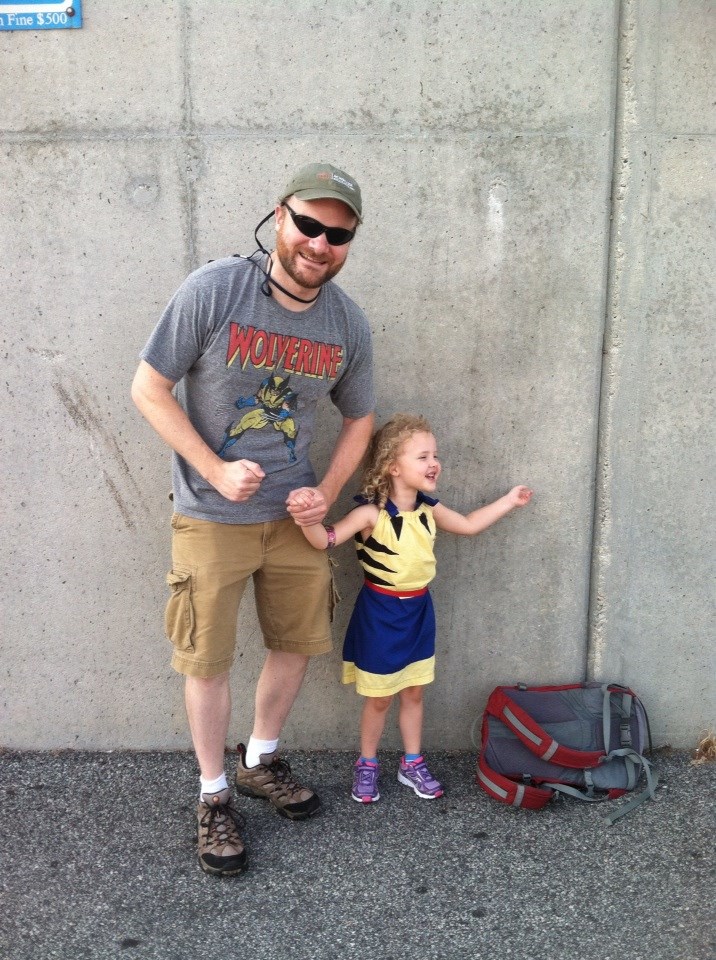 The name comes from those times when you’re in the middle of a project and your bobbin runs out.  You have to pause what you’re doing and reload.  While you do that, you have a moment to just sit and reflect.  This little commentary that follows was from my old blog and details a trip to DragonCon in 2014 when my daughter was 3, almost 4.

I’ve gone to DragonCon on and off over the years.  I love it when I go, but I find I can tolerate crowds less and less as I get older.  I just don’t want to deal with it much anymore unless I simply have to.  If I go to DragonCon at all, it’s now on Sunday.  That being said, this year my family is sitting it out, but many of my friends are going. It’s a blast to see what all they’re up to! 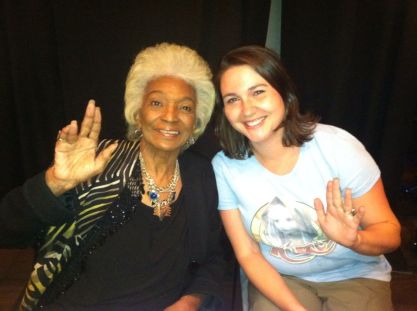 One year I met Nichelle Nichols! 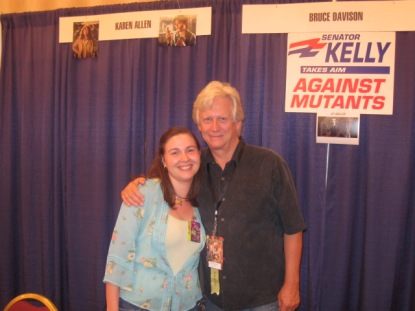 Of course, the best part of DragonCon, or any Con, is the people-watching, and boy did it not disappoint.  One of the first costumes I saw was a lady with a sizable Toothless the Dragon draped across her shoulder, her arm carefully hidden in the neck and operating the head.  She was very nice and patient, too, as I held my 3 year old close.  Toothless tried to nuzzle my girl, but she was having none of that; she was quite content admiring from afar.  She’s her mother’s child after all.  And this Toothless-wielding lady wasn’t the only person who took special time with my kid.

It’s easy to relegate cosplayers into a group of people vying for attention, usually in Anime getups, and on one level you’d be right.  They do dress to get attention.  But on another level you’d be completely wrong.  They dress for attention not so much for themselves as for their craft, the costume.  And in that craft, they act more like a model for their pride and joy – those costumes they spent weeks, and sometimes months, making and crafting, paying attention to minute details only a select few will truly appreciate.   (I have a lot of friends who are in to cosplay, and sometimes I forget I’m not actually part of that subculture.  I’m just privy to it.)

Back to my daughter.  She didn’t appreciate the Tinkerbell cosplayer’s sewing, makeup, or hair.  Her appreciation was of a much more sincere type, and the Tinkerbell cosplayer was worth every ounce of admiration.  You see, my daughter didn’t see someone dressed as Tinkerbell.  She saw the One, the Actual, The Tinkerbell.  And that Tinkerbell was amazing.  She squatted down to my daughter’s level, something dangerous considering how many people were rushing past, and spoke with her as Tinkerbell would.  My daughter informed her of her own pink wings, and Tinkerbell, without missing a beat, says, “Of, course!  Because you’re a flower fairy.  I’m a tinker fairy….”  My daughter was totally in the know of the world of Pixie Hollow, so she was just enthralled.  And me?  I was so happy that this lady understood how important this moment was for my daughter.  She could have just paused for a quick picture and gone on with her day, and my daughter would have been happy at that.    But no, she took the time to talk and make the moment real for a child she didn’t know.  I don’t know how many times I mouthed “thank you” to her as she chatted, but I still think it wasn’t quite enough.

And most of the cosplayers my daughter was brave enough to approach were just like this.  Even a younger girl, around 8 years old I guess, dressed as Princess Unikitty, was patient and returned the hug my daughter gave her.  A group recreating the Pixie Hollow fairies actually came back to their spot when they saw my daughter standing timidly at the edge of the crowd, too shy to walk up.  They waited and waved to her, and she finally drafted another friend of mine to take her to them.  (What?  Mom’s too lame to go with you to Pixie Hollow?)  They all took their roles seriously in that they knew how much it would mean to the little ones there, wading through thousands of people, to see them.

If you’re interested in anything cosplay, I recommend The Geek Forge.

How the Power of Cosplay can Bring a Family Together

Sew Style Hero: All Might; My Hero Academia Cosplay

From DragonCon to MommyCon

"In a hole in the ground, there lived a hobbit." My quilting mojo has been gone for most of this season, so I'm trying to get back into my creative zone. I wanted to pay homage to one of my favorite writers and make a small wall quilt of Bilbo's famous yellow door. My plan is to write the opening lines within the quilting. 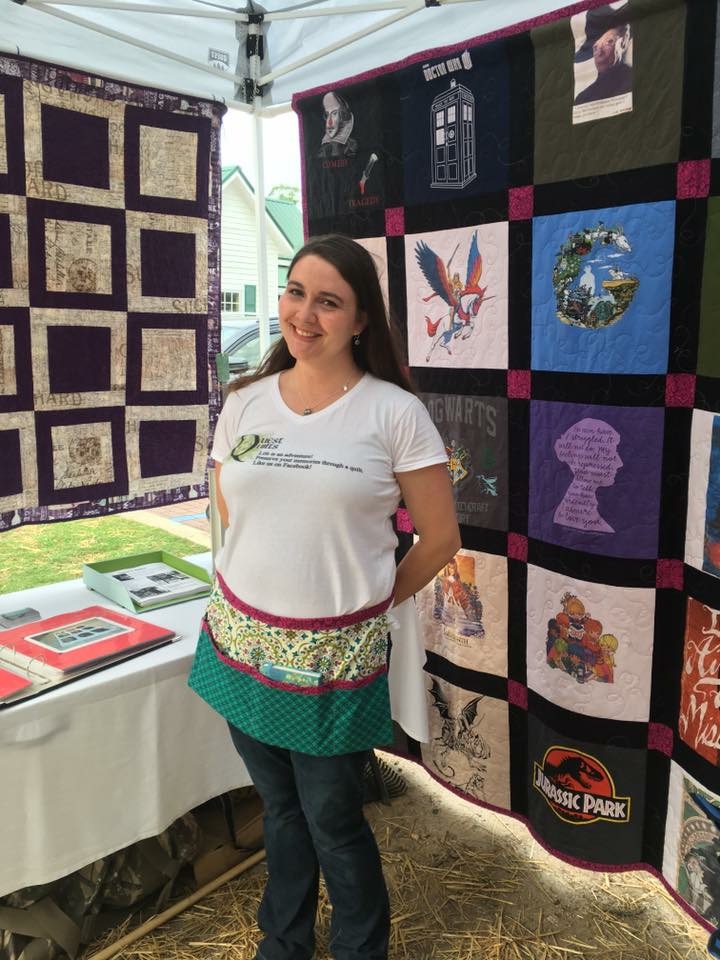